95 years ago the guns fell silent at 11 am on this day in Europe and The War To End All Wars was over.  My grandfather served in that war. 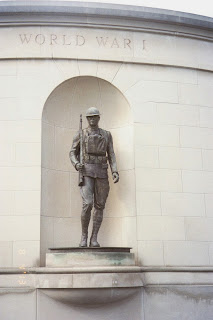 A mere generation later the world was back at it with increased ferocity.  My father and all of my uncles served in that war. 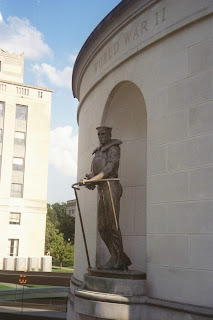 There have been many wars since then, and we are engaged in a war or wars even now.  My brother served in Beirut. 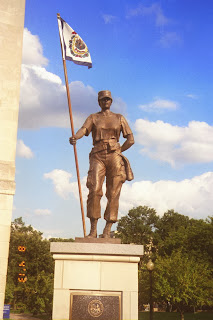 This post is in honor of those brave men, and everyone else who served as well, and in memory of all those who fell in defending our way of life.  Thou preparest a table before me in the presence of mine enemies; thou anointest my head with oil; my cup runneth over. 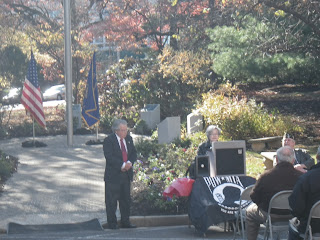 I went to an 11 o'clock memorial service at the community commons at which an American-born woman named Mary, an teenage detainee at the Japanese-American internment camp of Topaz in UT during WW2, was the featured speaker and spoke of the terrible experiences she and her community suffered wherein they all lost their entire lifetime possessions and were discharged from the camps after the war with $10 in their pockets.  A sobering reminder of the excesses that war engenders. 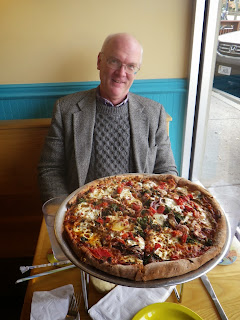 Afterwards I went to have lunch during the noontime hour at the restaurant I always dine at on any holiday I am in town for, the Lost Dog Cafe in Westover, which is near our house when I resided in Arlington with my (now ex-) wife and our three children.  As you can see, I had a good meal, enough for two or three or four persons even.
Posted by peter at 08:41 3 comments: