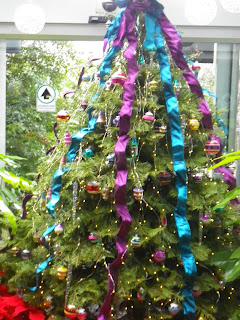 Every year I take a group from work out on a run to see the Christmas lights.  In years past we have gone out at 6 pm when it is more colorful because the lights are shining. 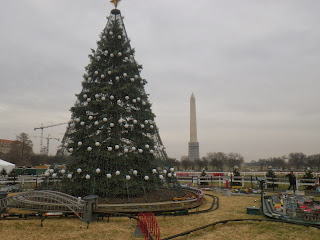 There are other things to see on this run too.  This year we saw a moose, but I kept my companions safe by keeping it at bay. 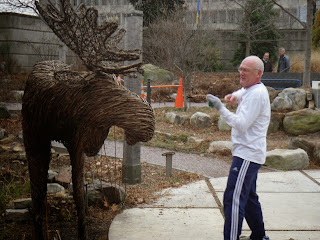 This year time became short so we went out at noon, two days in a row because some people couldn't make it the first day.  Even though the lights weren't shining, each Christmas tree around the Mall has a story. 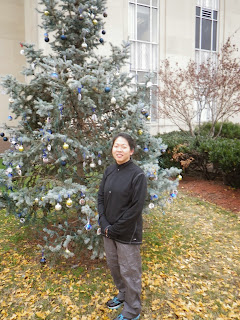 The tree with the best story is at the DC Peace Officer Memorial.  Its ornaments are pictures of fallen area officers. 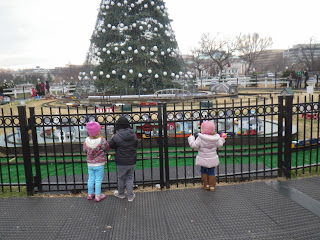 The National tree seemed small this year, in comparison with other years.  Inside the little fence, electric trains were running around and a little girl standing wistfully at the fence asked her Mom, "Can I go in there and play with the trains?" which cracked me up. 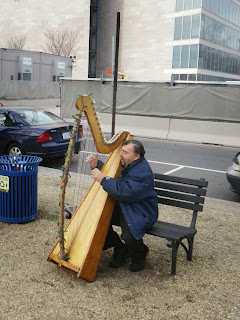 We went by a harp player who was singing beautiful Chritsmas carols.  How cool is that? 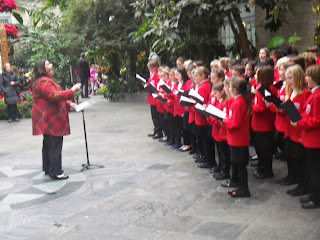 I like the tree at the Capitol the best.  The tree inside the Botanical Gardens is nice too, plus they had a chorus in there. 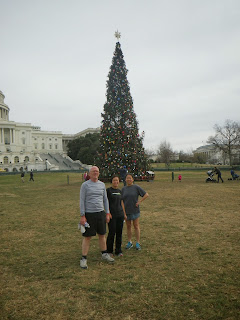 Every year we end at the tree at Union Station.  It used to be inside but a few years back they moved it outside. 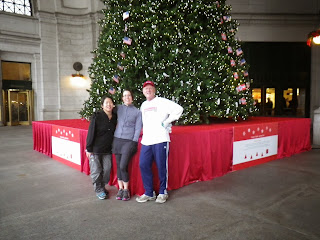 So I have three sons.  I'm not the only dad in America, nor even among my friends, whose ex-wife has served a death penalty upon any paternal influence by him through her insidious pernicious overbearing influence on minor children during the divorce.

Whatever.  What a society, what a gender.

Bad ol' me has a prepaid Virginia tuition plan that I own that has my oldest child as its beneficiary.  It pays 100% of the lad's (he's well into adulthood now) tuition and fees at any in-state public university.

The IRS is going to vacate this plan in 2014, ten years after he graduated from high school, due to its tax-preferential treatment for all these years.  I sent Jim's mother a letter a year ago asking for Jim's address so I could communicate with him about this but she blew me off as usual, and she's a teacher of little first-graders!

Anyway, Jimbo, I sent you a Christmas card at your mom's address, and it hasn't come back (yet), telling you all this in addition to wishing you a happy holiday.  I know you live or lived there, or were there for an extended period this summer.

Check it out.   Call me, I'm in the book and my work number hasn't changed in over two decades.
Posted by peter at 22:44 No comments:

And all's right with the world...

A Seasons Greetings card to my friends and relatives for 2013. 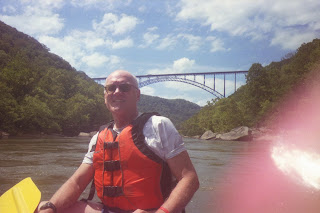 
A special Christmas greeting to my three sons:

I miss you & love you & hope you are all well & happy.
However, I have no idea if you're alive, well or have provided me with grandchildren. What's that all about, young men?

When Daddy Went Away,
he said, "Try to be a man,
And, Someday you'll understand."
John Fogerty﻿
New River Gorge WV 2013 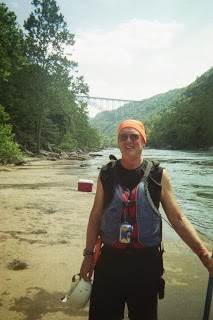